Hey guys, I thought I’d use this time of self-isolation to think over five of my favourite video game soundtracks, ranked in no particular order. Let me know down below what you think, or contact our official Twitter account! (@IntoGamesTweets) 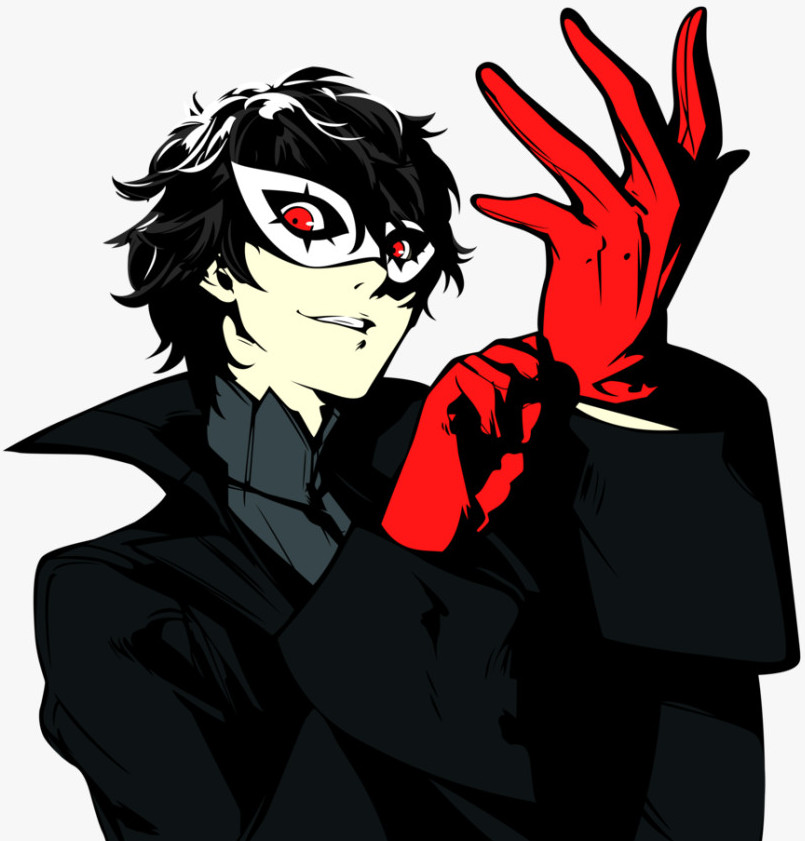 Before I continue, I should let you all know, I’m writing this before the Western release of Persona 5 Royal. (Which I am SO excited for btw!) Meaning I’ve not listened to any of the songs, excluding Take Over of course. So, why Persona 5? Listen and find out for yourself! Every song fits the game’s themes and aesthetics, yet each one feels entirely unique and different. For example, Life Will Change is the perfect music for getting ready to invade a palace, but Tokyo Daylight fills you with wonder, ready to explore modern Tokyo and visit your confidants. Thanks to Shoji Meguro’s impressive talent, every song remains faithful to the world but successfully distinguishes themselves from each other, while sounding suave and ambitious and making players feel like true Phantom Thieves! 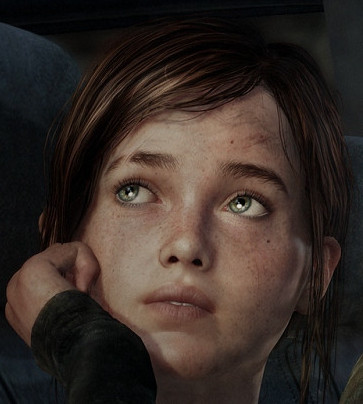 I’m sure plenty of you saw this coming. Again, I feel the need to state that this is being written before playing The Last of Us Part Two. (Yes, I’m very excited) What can I say about this game’s music that hasn’t been said already? It’s sombre, it’s hopeful, it’s haunting, it’s beautiful. The OST was gorgeously composed by Gustavo Santaolalla and it all accompanies the game’s story and characters with no difficulty whatsoever. The most iconic being The Last of Us, but let’s not overlook the beauty and hopefulness of Vanishing Grace (Innocence.) A perfect soundtrack for a very, very imperfect journey across post-apocalyptic America. 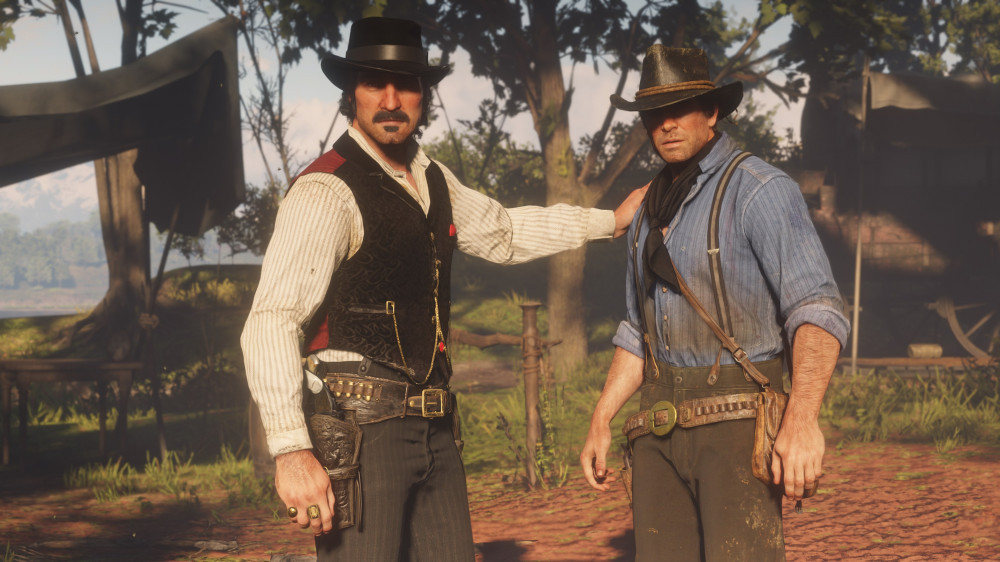 A true modern gem, Red Dead Redemption 2 had some terrific set pieces and fantastic songs to match them. D’Angelo’s Unshaken incites goosebumps every single time I hear it, it’s the perfect song to represent Arthur’s unwavering courage and despite his fear of his own mortality, he pushes on trying to do the right thing, seeking redemption. Of course, we can’t ignore the jaw-dropping moment when American Venom kicks in during the epilogue, causing nostalgia and excitement to fill player’s bodies, ready to do some real damage as the iconic John Marston.

Two amazing games, – yes, two, I know I’m cheating here – brought to you by Devolver Digital, both Hotline Miami games have a thrilling, 80s, synthwave soundtrack that, quite frankly, makes you feel like a God. However, the soundtrack can also be very calming, giving you and the protagonist, most commonly known as ‘Jacket,’ a well needed break after excessive bloodshed and ultra violence. My personal favourite song from the two games is probably Run by IAMTHEKIDYOUKNOWWHATIMEAN, but I also highly appreciate Knock Knock by Scattle. 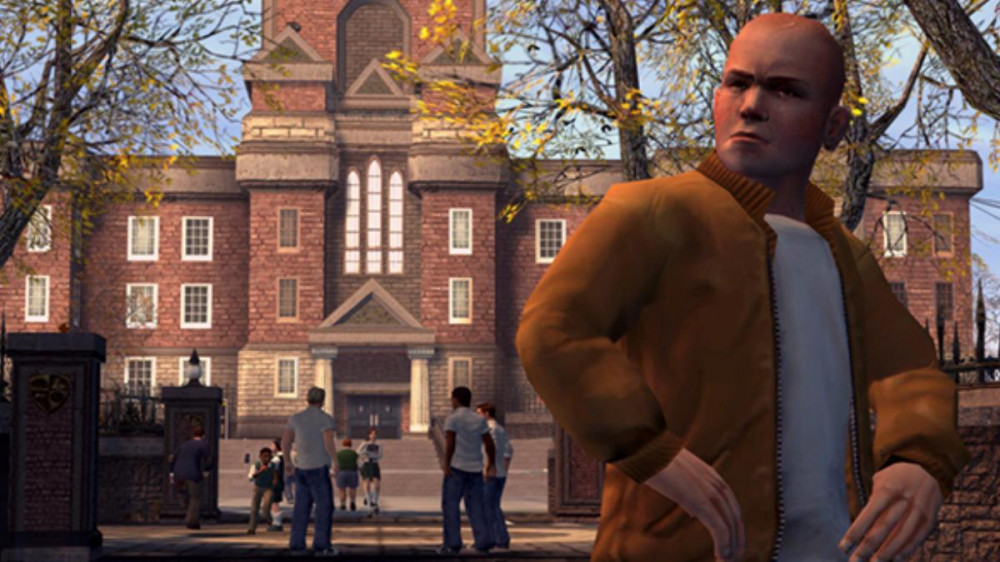 My final choice was very difficult but the Bully soundtrack – or Canis Canem Edit if you’re located in Europe – simply put, sounds brilliant. Each song makes you want to either dance, or fight. Now seems like the perfect time to reflect on the classic and often underrated game’s soundtrack, thanks to all the Bully 2 rumours that have been speculating for a while. The Rockstar Games’ masterpiece has Shawn Lee to thank for its glorious soundtrack, my favourite song being Russell in the Hole. But, the feeling Vendetta Jocks gives you when it kicks in lets you know you’re about to fight one of, if not the, hardest cliques in the entire game.

Thanks for reading everyone, I hope you enjoyed and checked out the tracks, don’t forget to let me know your favourite video game OSTs or what you think of my list, keep in mind I was restricted to five, there are many other soundtracks I wish I could include, and maybe I will in later posts, but for now, I leave you with a list of honourable mentions. See you later!

Hello, world! My name is Callum but you can call me Atonal, I am eighteen years old and I've been playing games for as long as I can remember, varying across all platforms, from my old PSP to the Nintendo Switch. My favourite game of all time is Persona 5. (Call me a normie, I don't care.) I've got plenty of opinions surrounding various games and I hope to see you all debate and discuss with me in the comments, or our Into Games Twitter account. (@IntoGamesTweets) Thanks for reading everyone, see ya! View all posts by Atonal